Lim has appeared as a concerto soloist across the world and received the Special Award at the MPE Loeb Competition. An active recitalist, Mendoes was awarded the USC Chamber Music Award in 2004 and currently performs with the Riverside County Philharmonic. 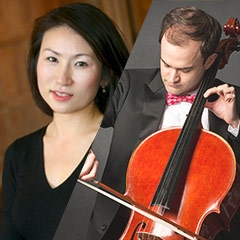