In the November 14th issue of The Hollywood Reporter, the USC Thornton School of Music was ranked third on their list of the “Top 25 Music Schools of 2014.” Among the descriptions of notable faculty and alumni, THR included DJ-producer Young Guru and USC Thornton alumni Bear McCreary, who has garnered critical acclaim for scoring the AMC drama, The Walking Dead,. The magazine also hailed a recent master class at USC Thornton’s Popular Music Forum, which was led by artist Chaka Khan, who “jumped up and sang along with the students,” after they began playing her hit, “Tell Me Something Good.” 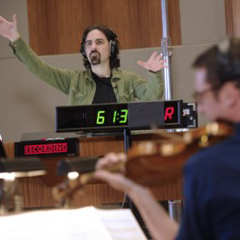