The album pairs the talents of the quartet with the WDR Big Band of Cologne, Germany, which Mintzer has led since 2016, as they reimagine the band’s originals with new arrangements by Mintzer, Ferrante, and fellow Thornton faculty member Vince Mendoza.

“The Yellowjackets are very adept at reinventing. The four of us are the most adaptable musicians I’ve ever worked with. Any setting, any style, we know we can do it, said Mintzer. “As for the WDR, they’re one of the best large jazz ensembles in the world. I knew the two groups would make for a nice marriage.” 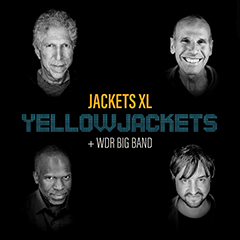