Newman is an accomplished film composer with over 100 feature credits and an Academy Award nomination. Velez is a winner of the American Prize in Orchestral Conducting and currently serves as conductor of the Helix Collective ensemble. 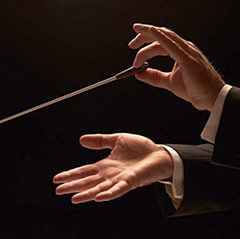