Paisiello’s “Barber of Seville” will be presented as part of LA Opera’s “Figaro Unbound” series of operas, concerts, and events inspired by the works of French playwright Pierre-Augustin Caron de Beaumarchais. The semi-staged production will be performed on April 10 and 11 at 7:30 PM at Caroline’s Loft on the campus of Cal State Los Angeles. Admission will be free. 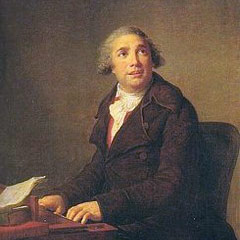