KCTV 5 News featured popular music junior Nolan Frank for singing backup to Elton John at the Emmy Awards. John’s performance was part of a tribute to Librace whose life was told in the HBO biopic, Behind the Candelabra. As a piano player, Frank said John is an inspiration to him. “He’s been hugely influential in how I approach music, my musicianship and song writing,” he said. “He’s just an incredibly outstanding model of a musician.” Frank said John was also fun to meet and had a twinkle in his eyes. He said John was grateful and humble in his dealings with the backup singers. 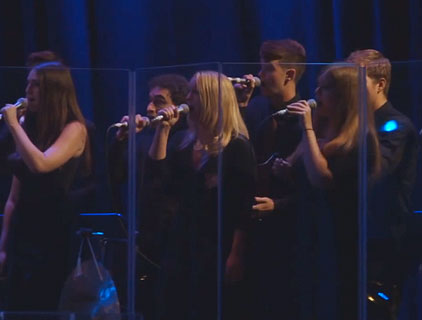