Tim Page, professor at both USC Thornton and the USC Annenberg School for Communication and Journalism, was recently quoted in a Daily Beast article, “Bob Guccione Jr.: Where ‘Rolling Stone’ Went Wrong, and How I Would Save It.” Page described Rolling Stone as a “lifeline for music-crazy kids all over the country,” and as a young critic he felt inspired to bring “the vigor and freshness [he] found in the early Rolling Stone into classical and contemporary music.”

Page was also featured in a National Public Radio (NPR) story about the release of a new box set recording of pianist Glenn Gould performing Bach’s Goldberg Variations. Unlike the original 1955 release of Gould’s performance, the new set features outtakes from the recording session. In the interview for NPR’s All Things Considered, Page, who was a friend of the pianist, said that Gould’s 1955 performance “will always shock and delight, the first time you hear it.”

Page is a Pulitzer Prize-winning music critic and a member of the Thornton Musicology faculty. 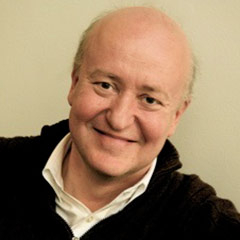