The scholarship honors the legacy of Tommy Johnson (’56), who served on the faculty of USC Thornton, performed with the Los Angeles Philharmonic, and was a fixture of Hollywood film scoring. 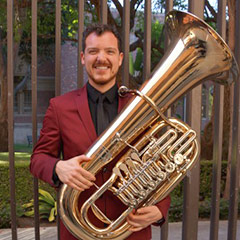