USC Thornton faculty and alumni were nominated in the 72nd Emmy Awards, announced on July 28. Laura Karpman, a faculty member in the celebrated Screen Scoring program, received two nominations for her work on the Discovery Channel’s “Why We Hate.”

Karpman was nominated in the categories of Outstanding Original Main Title Theme Music and Outstanding Music Composition For A Documentary Series Or Special (Original Dramatic Score) for “Tools & Tactics.”

Award-winning composer and producer Ludwig Göransson (GC ’08), an alum of the Screen Scoring program, was nominated for his score for Disney+’s “The Mandalorian.”

Göransson received a nomination in the category of Outstanding Music Composition For A Series (Original Dramatic Score).

And Jazz Studies alum Eli Brueggemann (MM ’03), the musical director for NBC’s “Saturday Night Live,” was nominated in the category of Outstanding Music Direction for the episode, “SNL At Home #1” along with Lenny Pickett and Leon Pendarvis. 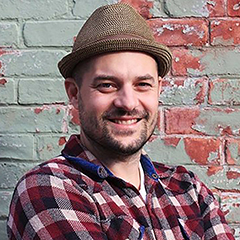