USC Thornton faculty and alumni have been members of Bublé’s band from its inception – Goldman and Chang served as Bublé’s band when he was still a relatively unknown singer, and the pair performed with Bublé on his first tour. Chang has worked as Bublé’s music director and songwriting collaborator ever since. Bublé’s ninth studio album, 2016’s Nobody But Me, features a host of Thornton musicians assembled by Goldman. 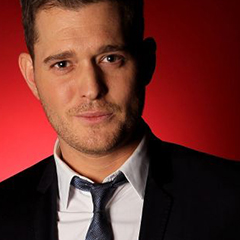