In the piece, Brautbar recounts his non-traditional career path and provides valuable insight into the balance between creative artistry and effective collaboration in the screen scoring process. Brautbar, who rose to prominence as a member of the band Phantom Planet, returned to USC to pursue his love of film composition. 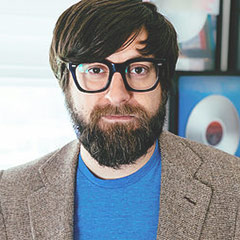