In a Rotten Tomatoes’ article ranking the 21 best TV theme songs of the past 21 years, two USC Thornton alumni made the list. Bear McCreary ’02 ranked fourth for his iconic theme to The Walking Dead, and Screen Scoring alumnus Ludwig Göransson’s (GC ’08) theme for the comedy Community was listed as sixteenth. In April, Göransson returned to USC to speak to current Screen Scoring students at the USC Thornton Screen Scoring Forum.

Göransson started composing for Community shortly after graduating from USC and believes this project was his big break. While working on the show, he met Donald Glover, who he collaborated with on three albums. The duo earned two GRAMMY awards together in 2019. After Community, the Sweedish composer has gone on to score several major motion pictures, including Black Panther for which he won 2019 GRAMMY and Oscar awards. 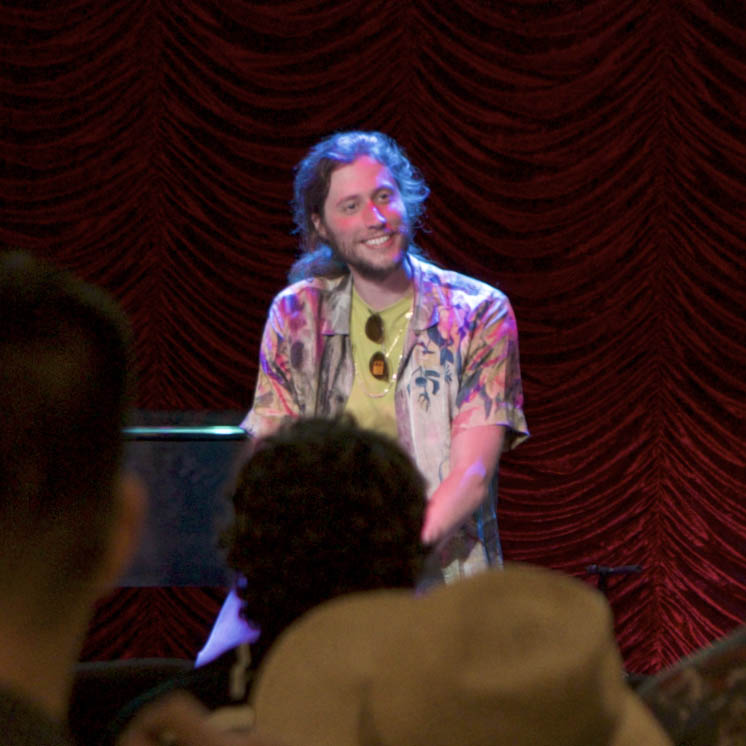