The nine tracks on “Get Up!” include five original compositions by Mintzer, in addition to works by Wayne Shorter, the Isley brothers and David Porter/Isaac Hayes. “Using these relatively simple tunes as a springboard for harmonic, rhythmic, and melodic exploration was a real adventure, one that I had been thinking about for a long time.” says Mintzer. 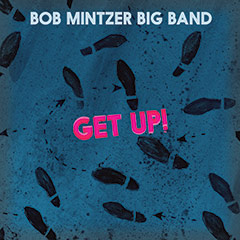