Daedelus and Kneebody profiled in the Wall Street Journal

The Wall Street Journal recently profiled USC Thornton Jazz Studies alumnus Alfred Darlington (BA ’00 in Music), known professionally as Daedelus, and his role in the jazz sextet Kneedelus, which performed at the Echoplex last week. Darlington, who began experimenting in electronic music while at Thornton, took on the persona of Daedulus as he produced over 30 albums and EP’s of “glitchy and hectic” music, while performing at a wide array of concerts and festivals.

Darlington reunited with his highschool bandmate, Ben Wendel, to form Kneedelus, which melds Darlington’s electronics with Kneebody’s post-bop jazz vibe. The Wall Street Journal heralded their new album of the same title, “Kneedelus,” as “thoroughly satisfying.” The article went on to describe the band’s adventurous and “not-so-easy-categorize” music, and praised their often-improvised performance at the Echoplex as “nothing less than a thrill.” 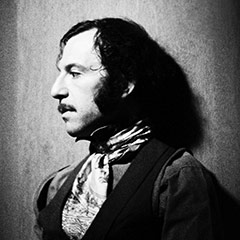