The Krakow Film Music Festival recently awarded USC Thornton Screen Scoring director Daniel Carlin it’s esteemed Ambassador Award in recognition of his years of ongoing service and support. The ninth-annual Polish festival, which is the largest such gathering in the world, celebrates the many genres of music connected with the screen.

Carlin, who has served as educational advisor and has chaired the jury for the festival’s Young Talent Award for the past three years, was presented with the award by the mayor of Kraków at the festival’s gala ceremony and spoke to an audience of over 10,000 attendees. 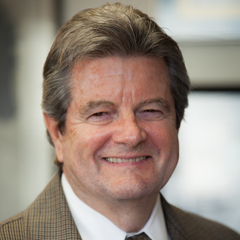