Robert Cutietta, Dean of the USC Thornton School of Music, was recently quoted in an article discussing the role parents and family play in shaping a child’s taste in music. While many parents hope to influence their children’s taste in music from an early age, Cutietta says that this is often done in vain. What’s more important, he says, is that they experience a variety of music with their family. “They see the parent involved with music whether it’s listening, whether it’s dancing, whether it’s playing, and that’s what’s remembered, and that’s what’s learned,” he told writer Deana Bianco.

Dean Cutietta has written extensively about bringing up children with music in his book “Raising Musical Kids: A Parent’s Guide.” 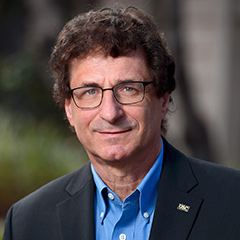