Sub Pop described Clayton’s composition of the documentary’s theme as “a gorgeous, affecting, and chilling arrangement that acts as the perfect accompaniment to the film’s tragic and searing storytelling.” “MLK/FBI” is available to watch on-demand through various streaming platforms. 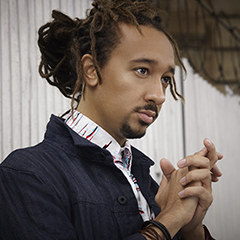