Juan Pablo Contreras, a doctoral candidate in Composition and Latin GRAMMY nominee, has been named one of six composers in New Music USA’s 2020 Amplifying Voices program. With support from Sphinx Venture Fund, the program partners with six lead orchestras to co-commission new orchestral works by composers whose voices are not often represented in orchestral programming.

As one of this year’s composers, Contreras is co-commissioned by the Las Vegas Philharmonic to create a new orchestral work to be premiered in the 2021-2022 season and performed by a minimum of four orchestras. 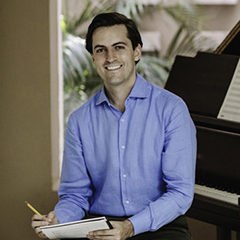