Two members of the USC Thornton family have received Academy Award nominations in the category of “Best Music – Original Score.” Composer and Board of Councilors member Thomas Newman received his nomination for the score to “Bridge of Spies.”

In the same category, Thornton collaborator and honorary alumnus John Williams was nominated for “Star Wars: The Force Awakens.” Several alumni, former and current faculty members, including bassoonist Judith Farmer and harpist JoAnn Turovsky, performed on the “Star Wars: The Force Awakens” soundtrack under maestro Williams. In an article about the scoring session for Overture magazine, Turovsky reflected that “I have had many amazing and meaningful experiences in my career, but this is the first time I have gotten some real ‘street cred’ from my students.”

The Academy Awards will be broadcast live on Sunday, February 28, 2016. 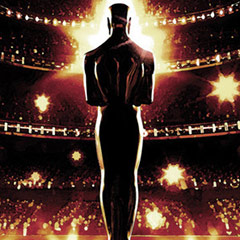