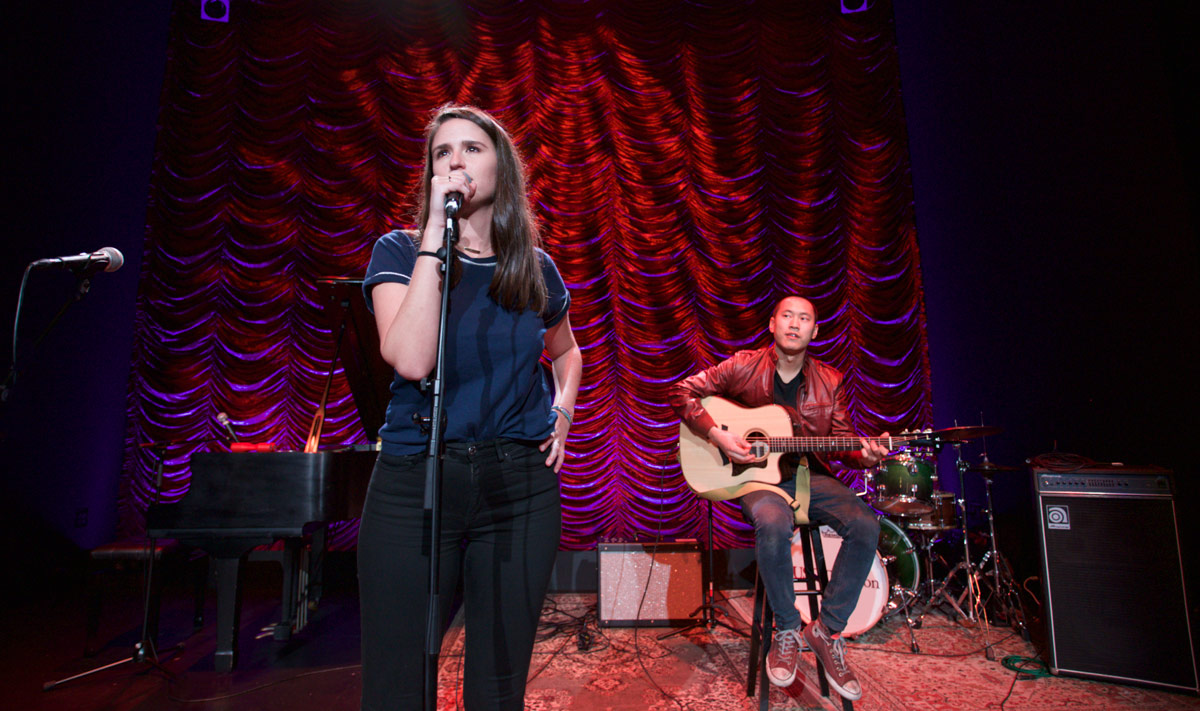 The USC Thornton School of Music’s newest lecture hall and performance space was built for a song.

No, not on the cheap. The renovation of the space in the lower level of The Music Complex was extensive and detailed. The new venue, named the Songwriter’s Theater, is the physical embodiment of the idea that all the elements of the contemporary music business start with the single critical action of writing a song. It is the basis for everything taught in the school’s Popular Music program, as well as providing raw material for the school’s Music Technology and Music Industry programs.

“For me, this room symbolizes the way that songwriting has become accepted within an educational environment,” said Chris Sampson, vice dean of the Division of Contemporary Music and founding director of the Popular Music program. “We value the importance of the song as the place where it all starts. Without a great song, there’s nothing to record. There’s nothing to share with an audience.”

The first-of-its-kind USC venue celebrated its opening in a private ceremony on March 24. The 981-square-foot space boasts high-tech acoustics, LED lighting, stage lighting that allows for curtain and wall highlights and red Austrian-style curtains with deep vertical shirring. Custom-made wall sconces add to the retro, “speakeasy” feel of the design. The venue boasts a grand piano, drum set, amps and other musical instruments, including guitars donated by Taylor Guitars, to convey the idea that people can “walk in and start performing,” Sampson said.

“Sound was our first priority and we put in a state-of-the-art system,” Sampson said. The lighting, Pro Sound Reinforcement Package and stage rigging were created by DSJ Electric. “This is, without question, our finest technical audio set-up in the entire Thornton School,” he said.

When serving as a lecture hall, the Songwriter’s Theater holds about 50 students. The venue made its debut as a lecture hall this semester, and Sampson—who teaches classes in the space—recalled that the first group of students who walked in took one look at the space and let out a series of gasps. 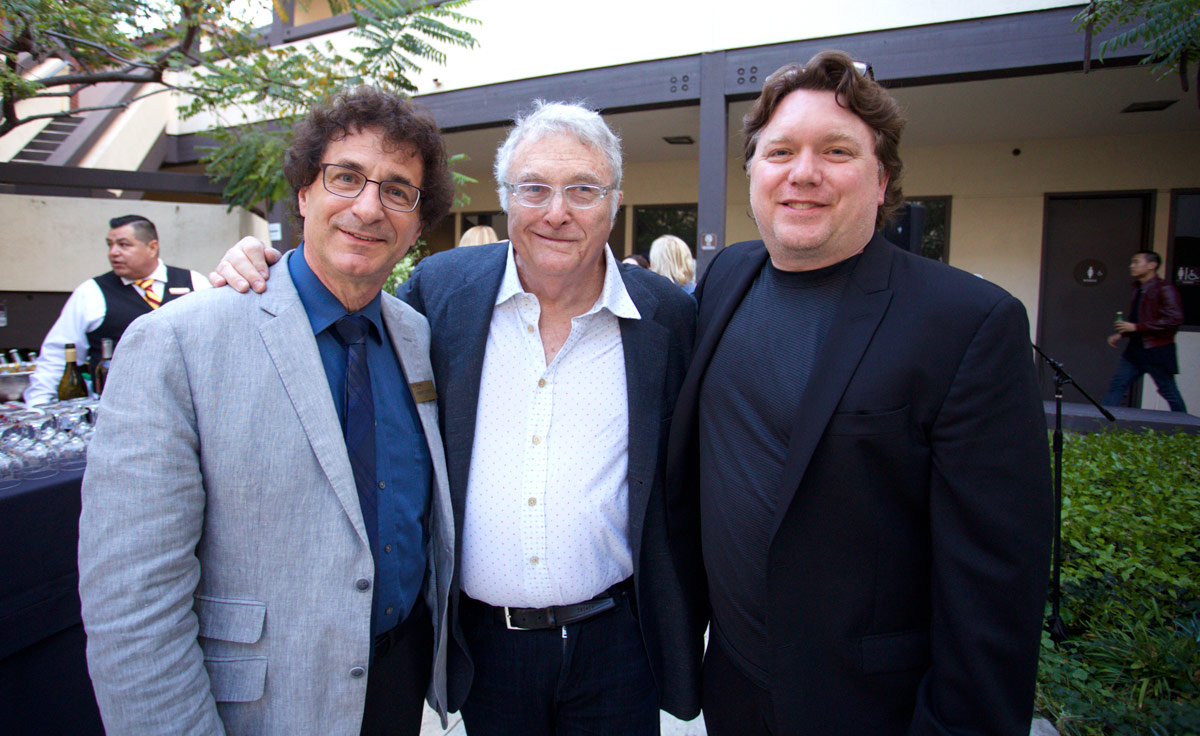 Naturally, their instructor supplied some music to mark the occasion.

“The first thing I did was put everybody in the best listening spot and put on some tracks by Prince so they could hear the audio quality of the room,” Sampson said. “I put on ‘Kiss’ by Prince. The students just immediately knew this was a special space.”

Sampson is a USC Thornton alumnus who first joined the school as an assistant dean of enrollment and financial aid in the early 1990s. In 2003, he joined the faculty, teaching songwriting as an elective. Under his vision, the Popular Music program launched in 2009, with songwriting taking on greater importance as the program expanded.

Over the course of the past six years, songwriting morphed from an elective that attracted 13 students to a foundational, required course in the program.

“Back in 2003, there was no attention paid to songwriting classes,” he continued. “Through those years, not only did the program grow, but other institutions began incorporating songwriting as well. It started to have much more of an important place in education.”

As the program flourished, Sampson dreamed of having a venue that could embody the connection between listener and song. Or, in his words, “a place dedicated to words, music and creation.” It came to life in the square footage that was the former “Dub Stage A,” a USC Cinematic Arts sound mixing stage built in the early 1980s. The Songwriter’s Theater will host solo performances and small ensembles, and Sampson sees a future that includes streaming original online content from the space.

“I have aspirations of maybe doing a weekly songwriters’ showcase that we would broadcast so the public can hear the work we’re doing,” he said.