Mark Goldstein of the Music Industry program discussed the financial risks inherent in Apple’s new digital music platform. “This is great theater,” Goldstein said. “I don’t know what’s going to come out, but because Apple has so many resources, they will probably be successful at it.”

Chris Sampson, vice dean of the Division of Contemporary Music and founding director of the Popular Music program, was quoted in an article about the shortcomings of Jay-Z’s new service, Tidal. “It hasn’t really made the revolutionary impression it promised,” Sampson noted, concluding that “It’s really fallen off the radar.” 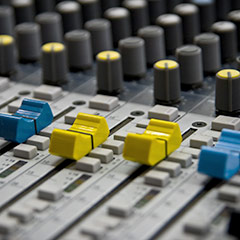