Alin Melik-Adamyan (’12, MM ’14, piano), a doctoral candidate in USC Thornton’s Keyboard Collaborative Arts program, was one of two pianists invited to participate in the 2015 Chamber Music Workshop hosted by the Centrum Foundation in Port Townsend, Washington. Melik-Adamyan was nominated for the posting by Lucinda Carver, Vice Dean of Thornton’s Division of Classical Performance and Composition, who is the program’s chamber music artistic director. She performed Dvořák’s Piano Quintet in A Major, Op. 81 with the Azalea Quartet, winners of the 2015 Coleman Competition.

A student of Kevin Fitz-Gerald, Melik-Adamyan was the Grand Prize Winner of the YMF/ASCAP Leiber & Stoller in 2008 and also took first prize at the Los Angeles Liszt International Competition in the same year. In 2012, she was Grand Prize winner of the Redlands Bowl Young Artist competition and most recently won the 2014 MTNA State Piano Competition. 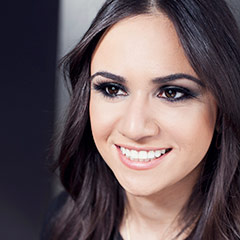