Jeffrey & Todd Brabec quoted on the economics of “Hamilton”

Jeffrey Brabec and Todd Brabec, faculty members in the USC Thornton Music Industry program, were quoted in the New York Post about the landmark success of Hamilton, Lin-Manuel Miranda’s Pulitzer Prize-winning hip hop musical. The pair, widely regarded as leading experts in the economics of Broadway productions, discussed how the tongue-in-cheek story of the first U.S. Treasury Secretary has become one of the most fiscally successful shows in the history of musical theater.

The Brabecs noted that the show had returned a quarter of its $12.5 million development cost within just five weeks of its August opening and pointed to the producers’ profit-sharing plan for keeping overall costs down. “There are some shows where the librettist or a few stars eat up a lot of costs,” Jeffrey Brabec said. “That is not the case with Hamilton, which has very smart cost-controls and profit-sharing arrangements.”

The twin brothers told the Post that the success of Hamilton ultimately originates with its content, as much as its innovative production structure or use of dynamic ticket pricing. Unlike most musicals, the show’s unique blend of historical commentary and hip hop musicality and has caught the attention of an extraordinarily diverse and enthusiastic audience.

Jeffrey Brabec is Vice President of Business Affairs for BMG Chrysalis, while Todd Brabec is an entertainment lawyer and was formerly Executive Vice President and Director of Worldwide Membership for ASCAP (the American Society of Composers, Authors and Publishers). The brothers are co-authors of the book Music, Money and Success: The Insider’s Guide To Making Money In The Music Industry (Schirmer Trade Books). 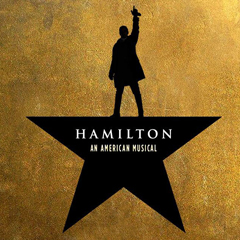