Jo-Michael Scheibe (DMA ’85) chaired the USC Thornton School of Music Department of Choral & Sacred Music from 2008-2020 and continues to teach and conduct as a full-time professor in the department. Scheibe served as national president of the American Choral Directors Association (ACDA) from 2011-2013, western division president of the ACDA from 1991-1993 and national repertoire and standards chairperson for community colleges for the ACDA from 1980-1989. He currently serves on the board of the International Federation for Choral Music (IFCM) and the planning panel for the 2023 World Expo in Portugal.

Ensembles under his leadership have sung at seven national ACDA conventions, two national conventions of the National Association for Music Education (formerly MENC), the national conference of the National Collegiate Choral Organization and the 2014 World Choral Symposium in Seoul, South Korea. Prior to his tenure at USC Thornton, Scheibe was professor director of choral studies at the University of Miami’s Frost School of Music from 1993-2008 and professor of music at Northern Arizona University in Flagstaff, Arizona, from 1985-1993. Earlier in his career, he taught at Long Beach City College, Huntington Beach High School and Vintage High School in California.

Scheibe has collaborated with Luciano Pavarotti, José Carreras, the Rolling Stones, Sir Elton John, the Eagles, Kenny Loggins and Jennifer Hudson, and he has prepared choruses for Helmuth Rilling, Sir Colin Davis and the London Symphony Orchestra, Michael Tilson Thomas and the New World Symphony, Franz Welser-Möst and the Cleveland Orchestra, Carl St.Clair and the Pacific Symphony, Jeffrey Kahane, Jamie Martin of the Los Angeles Chamber Orchestra and James Judd. Recordings of his ensembles have been released on the Albany, Cane, Naxos, Arsis and ANS labels. Gregorian Meditations: Music of Forgotten French Masters Desenclos and Langlais, an album by the USC Thornton Chamber Singers and organist Weicheng Zhao, was released in June 2021 by Centaur and Naxos Recordings. Scheibe champions contemporary music and regularly commissions and performs new works of choral literature. Music publishers Walton and Colla Voce distribute more than 200 works of the Jo-Michael Scheibe Choral Series internationally. Scheibe edited and co-authored Teaching Music Through Performance – Choir Volume 4, which was released March 2017, and Teaching Music Through Performance – Choir Volume 5, which was released in February 2019 by G.I.A. Publications.

Future engagements include clinics, workshops and guest conducting in Taiwan, Ireland, South Africa, Portugal, Malaysia and Thailand, as well as all states across the U.S. He received his doctoral degree (DMA) from USC in 1985 and earned his bachelor’s and master’s degrees from California State University Long Beach, where he was honored as a distinguished graduate. 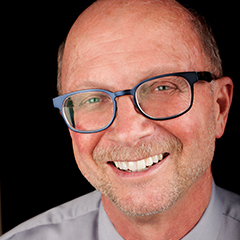