Appraising La clemenza di Tito‘s vocal performances, Swed made particular mention of soprano and master’s student Yelena Dyachek. “Tall and stately with an enormous voice and commanding stage presence, she was magnificent as the imperious Vitellia,” he wrote. Dyachek recently took first place in the Western region finals of the Metropolitan Opera National Council Auditions and will continue to the semi-finals in New York City this spring.

Reviewer Arya Roshanian, for the Daily Trojan, also highlighted the musicality of the Tito‘s principal singers. “The performance was superbly sung,” wrote Roshanian, “particularly by mezzo-soprano Katie Beck as Sesto. Beck, a second-year master’s student, was terrific, performing with all the fervent valor required of the betrayed patrician.” She also noted Hui Jin’s “faultless technique without sacrificing any of the sweetness in his tone,” and Dyachek, whose voice, “both delicate and forceful … lends itself well to Mozart.” 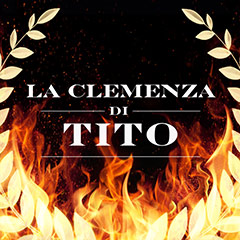